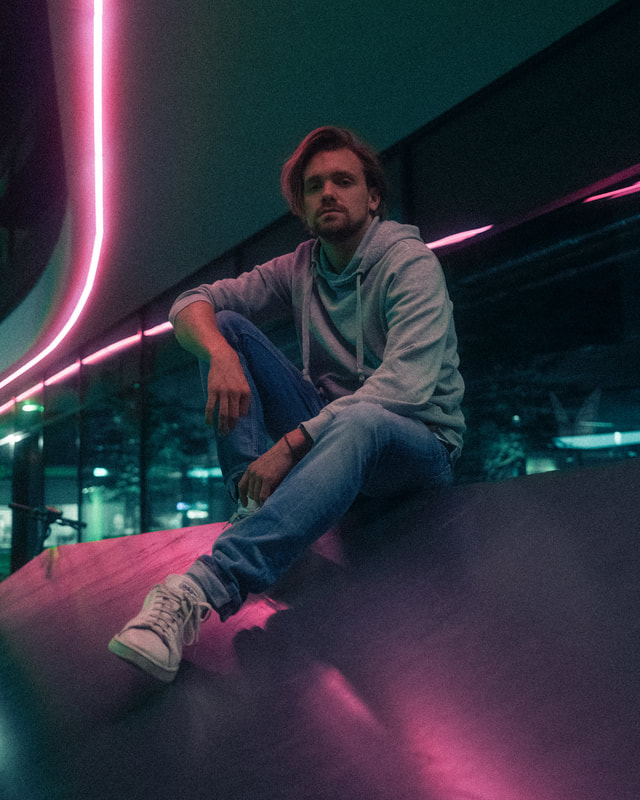 Flo Grell lets his emotions run free with groovy rhythms and his unique singing style. He surprises time and again with unconventional production techniques and his talent for catchy pop songs.
The songwriter and producer picked up the guitar at a young age. It quickly became clear to him what to do with his life. After traveling around the world at the age of 19, the singer decided to devote himself entirely to his passion for music.
From busking in the streets of the world to local open mic nights, from solo shows to gigs with his own band, the young musician has experienced pretty much everything in terms of live shows and is only getting started.
His now huge repertoire of original songs paired with his debut EP, simply called "Flo Grell", has already gotten him over 5 million plays on Spotify alone, laying the foundation for his further musical success.
When he's not out and about, he tinkers with new types of sounds and techniques, regularly surprising his fans with new songs. His upcoming studio project “City Lights” deals with heartbreaks and the challenges of living in the city. Available for streaming soon!